Zo and the Lost Vowel... 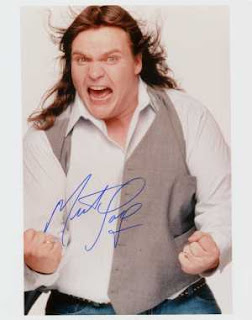 Zoe arrived on a Thursday.  It was early afternoon, maybe a little after 1pm.  We’d had our delightful serving of slop-a-doodle-dandy washed down by a lightly chilled, full bodied, vin de pigswill and were relaxing in the conservatory.

Zoe was brought in, nicely tucked up in a rather fetching strait jacket.  The colour of the straps and buckles really brought out her eyes.  She was quiet, a subdued bundle of silence which, for three days, remained restrained and sedated.  On the fourth day, she, effectively, woke up.

The jacket, as lovely as it was, had been removed by day two.  When the drugs began to wear off, the orderlies were standing by with another, this time in a slightly different shade of maniac.  I wondered why that would be.  It wasn’t rare for new arrivals to be sedated when they were first brought into the asylum.  What was rare was to have someone in such a state for so long.  It was useless to ask anyone anything.  Why would they share with us lunatics?  As long as we watched the TV, took our meds and ate the disgusting mess they served up for our three square (ish) meals a day, they were fine.

If we had what one might call an ‘off day’, things were far from fine.  Hunky-dory changed to Humpty Dumpty faster than a fly could puke on your lunch (though I think ours would be safe), and we were the eggs all the doctor’s horses and all the doctor’s men could be bothered to put together again.

I just happened to be sitting next to her when she finally surfaced from the needle induced slumber she’d been in.  She was asleep, after a fashion.  The conversation wasn’t up to much, granted, but at least she wasn’t constantly poking me or drooling on me or having me needing to wipe snot off my clothes.  She startled me when she awoke.  First there had been silence, then she said:

You don’t need to be in a darkened, falling down house where the dead are buried in the basement and their ghosts are said to be haunting the halls to be made to jump.  You can just as easily be sitting in a bright room, watching MTV, surrounded by all manner of neuroses and psychoses and a startle will take a bucket full of steroids, work out in the gym for a bit and then slap you in the face.

Once I had recovered and my heart had found its way back into the cradle of my chest, I responded.

We spoke at length about our lives before our residency.  I made up most of mine.  She didn’t need to know of my childhood and she wouldn’t believe most of my adulthood.  Her own life had been much different.  She’d grown up in a loving home and always been around friends and family.  It was very pleasant to hear.

Then she told me why she was in the asylum.

“My name is really Zo,” she said.  “Everyone keeps putting an ‘E’ on the end, but I reckon that’s just a waste of a good syllable.”

Having discarded my own surname some time previously, I could relate.  For me, however, if someone didn’t realise and added it back on, I forgave their mistake.  They weren’t to know and just didn’t ‘get it’.  Why would they?  They didn’t have to grow up with the taunts and bruise coloured talismans I’d carried.  Zoe, or rather Zo, wasn’t so forgiving.

The first person to make such a mistake was a man.  Her postman, to be precise.  Brian.  He was a boring man, but she’d chat to him each morning when he delivered the letters, bills and junk.  She was pleasant and chatty and cheerful, especially in the morning.  It was as if the sun rose in her as well as in the sky.  When Brian called her by her given name rather than the one she accepted as her own, she invited him in for a coffee.  It was a miserable day and Brian was looking a tad wet and weary.  He happily accepted.

He never walked again.  Wheelchair bound because of the permanently damaged kneecaps and pelvis, he was also never again a postman.

Zo had kept Brian with her.  At first, he’d shouted and cried and fought.  Once she’d removed his tongue, he stopped that.  She fed him, toileted and washed him, but she didn’t let him go.

The second person was a police woman.  Brian had been missing for a few days and the authorities were looking for him.  Apparently, his neighbour hadn’t seen him for a couple of days and, when she used his spare key, hidden under the yucca plant pot in the front garden, she’d discovered an empty house, a pile of mail and a washing machine full of stale smelling coloured clothes which the inclusion of a ‘colour catcher’ had prevented from everything being turned pink.

At first, the police weren‘t interested, but Mrs. Johnson, the neighbour in question, told them he wouldn’t even go to the local supermarket without letting her know where he was and how long he expected to be.  She was the leader of the local neighbourhood watch and was insistent on making sure the whole street kept informed of their movements.  For many, this was an unnecessary intrusion in to their lives, but Brian didn’t mind.  He humoured her.  He interpreted it as someone bothering and caring.  Deep down, I’m sure he knew she was simply interfering, but he was single and lonely – hence being so happy to agree to the coffee.

The police woman was Denise.  She was tall and probably slim beneath the bulky uniform.  She was official but friendly.  She was happy to be offered a coffee too, but I’d guess not so happy when she woke up with a serious headache and blood trickling from her nose.

“Why does it matter so much?” I asked.  “I just pass it off.  They’re not really to blame for what’s effectively a habit.  Your name normally comes with a vowel tagging along on the end.”

“No,” she said, “a Djinn.  Like a genie sort of thing.  One kept visiting me at night, hovering over my bed and giving me freaky dreams.  It said it just needed the ‘e’ from my name and it would be gone.”

“Not really.  I didn’t see it again, but I still had the weird dreams.  I kept dreaming I was Meatloaf and in living in some sort of rock opera.”

I could relate to the name thing but, even for me, non-alcoholic supernatural spirits and dreams of singers were just too weird.  I made my excuses and moved away.  Timmy Trumpet (so called because of his constant flatulence – I don’t even know if his name was actually Timmy) sat next to her.  I figured, by the attack and the blood streaming down his cheek from the gash below his eye, he called her ‘Zoe’.  I also figured, by the reaction of the orderlies, the donning of the strait jacket and the needles entering her arm, the Djinn hadn’t quite left her.


She’d lost a vowel and she’d lost her mind, but she hadn’t lost the Djinn.  I supposed two out of three ain’t bad.
Posted by Unknown at 16:19